It was great to finish off Philippians last Sunday and consider where true contentment comes from. One of the things it made me think about personally is how we approach the idea of change. The Apostle Paul had to face a lot of changes and so many of them outside of his control or influence.

I think it’s important for us to remind ourselves that there’s a difference between being content and being comfortable.

Was Paul content in prison? Yes, content in Christ. But was he comfortable? No, he’s in chains. If he was offered freedom would he take it? Of course! Better to be free and preach the gospel than in the confines of jail. He wasn’t comfortable… but he was content.

The reason I mention this is because as a church community we face many changes in the days ahead. Most of them out of our control, and most we won’t even see coming.

When we are offered something better, we should take it with both hands.

So as we now have the chance to meet in 50s and then that may change to 100s who knows when, along with rules on public gatherings and visitors to home… it all means change and disruption.

But no matter what happens, we’re content aren’t we? God is in charge, so we’re content. His grace is enough, his plan is glorious, his timing is perfect, his love is eternal, his promise is guaranteed.

Right now we’re conscious that a lot of us are in different places when it comes to the wisdom of gathering in a larger group right away.

So there’s been 4 main things we’ve been trying to hold together as we make plans.

Firstly our strong desire is to maintain our ministries and our teaching online to be accessible and readily available for those who need to stay home. We’ve had to learn a lot about recording and editing and uploading, and we’re moving towards having a permanent setup of live-streaming and recording church gatherings so it’ll always be available moving forward.

2. Gathering as we are able

That being said we can now do more in our church building to gather people and be together. So we’re figuring out how to have a flexible and adaptable system of gatherings that can increase in size and be modified as new changes and rules come in. We’re still a while away from getting to where we’d love to be with church meeting on Sundays and ministries during the week.

We’re super keen to be able to gather our kids together for friendship and Christian encouragement, for learning and growing and having fun together at KidsAlive. It’s been great to hear about parents getting creative with how they invest in their children’s walk with Christ, and we want to support you in this by having KidsAlive ministry in some form.

Similarly, our youth ministry has an important part to play in partnering with parents in bringing up our teenagers and teaching them about Jesus growing them into mature and complete disciples of Christ, as well as including and evangelising teens from non Christian families. So we’re excited about what we can do in the new arrangements.

I also want to thank so many of you who took the time to fill in our brief survey. It was brief and some of it could have been a little clearer but we’d only just been given news about the 50 number so we have been working flat chat.

In response to the survey (the results are attached) we’ve decided that from Sunday week, the 14th of June, we’re going to try the following arrangements for a 2-3 week period.

Now I say 2-3 weeks because it’s starting to feel like things are just as uncertain and changing almost as quickly on the way out, as they did on the way in to all this. So we’ve made some temporary plans that hold those 4 things together as best we can.

We’ve tried to be aware of what’s happening now, what has happened in the past, and what we’re hoping can happen in the future, God willing.

2 Main Ways to Be Involved in Church

We’ve moved from being really severely limited, now we can have some options. Basically we’re trying a modified version of Stage 2 plans. Which means firstly:

Again this plan is temporary, for the next 2-3 weeks. So it’s basically the plan we had announced for Stage 2, but with some gatherings of 50.

Anyone is weclome to come, in these gatherings of 50 – they are for everyone, but we’ll need to have planned things a bit so we can keep it to 50. They’ll be informal, we won’t roster things but see who wants to read, pray, open sharing time things like that. The sermon will be the same as what’s online, but delivered in person. Attached to this email is a form for people to indicate what preferences they have for times, because it will take some organising to keep things to 50.

In fact we’re actually aiming for 45-47 because we want even these temporary gatherings to have space for new people, for visitors, those who don’t yet know Christ, who may have been watching and want to join in.

Now I know some of you are wondering why we didn’t have morning church as an option. Let me reiterate that this is temporary and what we think we can do for the next few weeks until things change again. We can’t go back to something that feels normal to people just yet.

We thought long and hard about it, but the reality is we have 180 adult members of 9am and 90 kids – that’s just 9am, 270 total, with another 150 or so at 1045. So just the logistics were a challenge and we struggled to figure out who would go where, at what time, and some groups might end up with just 14 adults, 30 kids, plus leaders. Added to this was the question of if we have enough KidsAlive leaders to run all the programs for so many small gatherings.

So that’s why we landed for the next few weeks on having KidsAlive running in the morning as parents and other members watch church online, and some gatherings of 50 at other times for those who are able.

Thank you for your patience, both at this time of restrictions, as well as making it through this email. We’ll be sending more details soon, as well as an opportunity for you to indicate how your family would like to be involved. 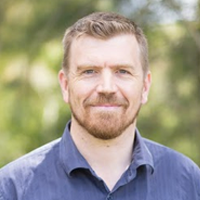